Marketing Myths: Traditions that were actually created by Marketers 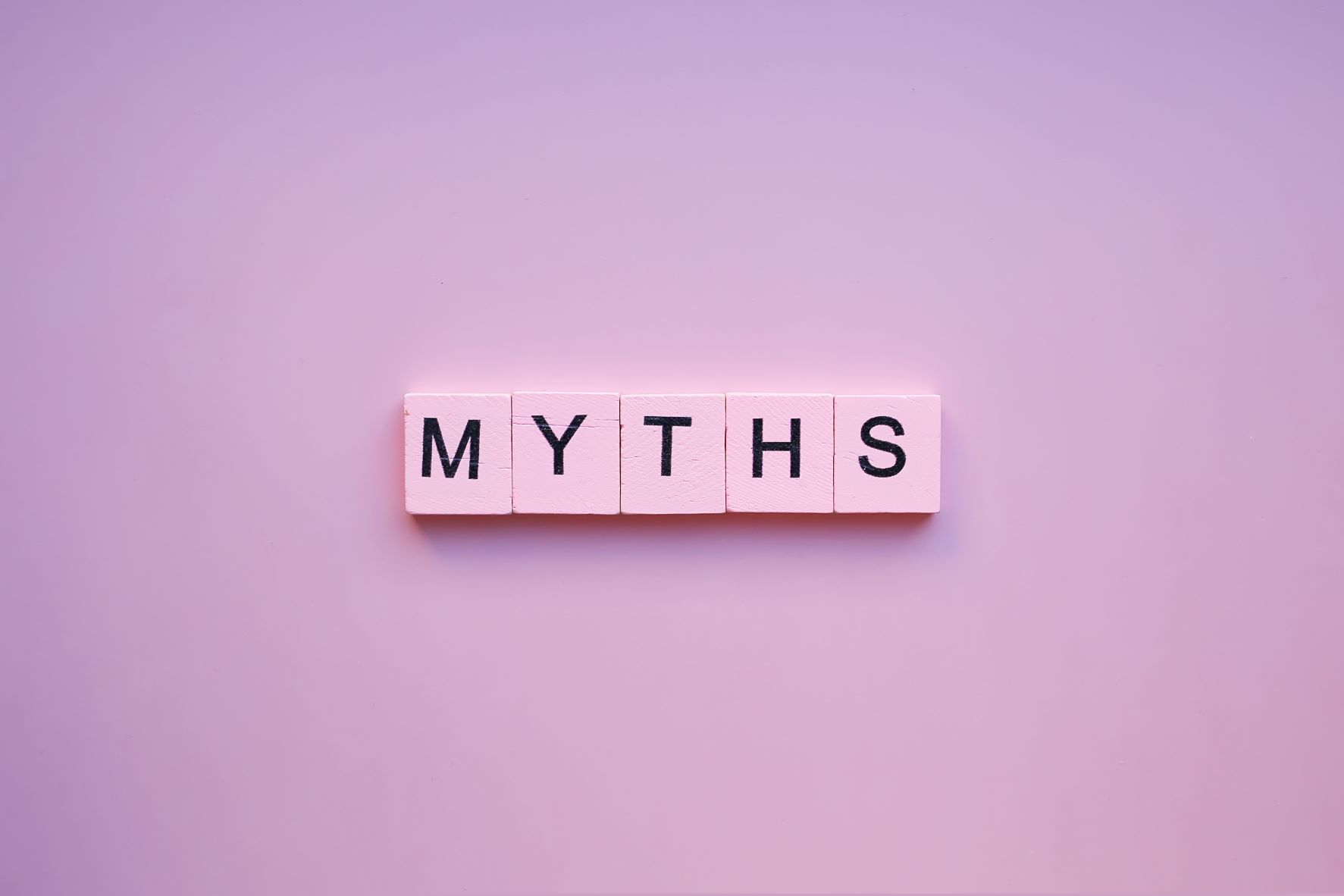 A big fat sparkly diamond ring to mark your engagement? You can thank marketers for that. Unwrapping a pair of argyle socks or pungent cologne for Father’s Day? You can thank marketers for that too. The online shopping mayhem of Black Friday? Yup, you guessed it – marketers at work! The world of marketing has always been there not only to build brands and create awareness but, sometimes, to create demand for products and events that don’t yet exist. With that in mind, we wanted to delve into some of those traditions entirely manufactured by the advertising and marketing industry, so here are some traditions that were actually created by marketers. 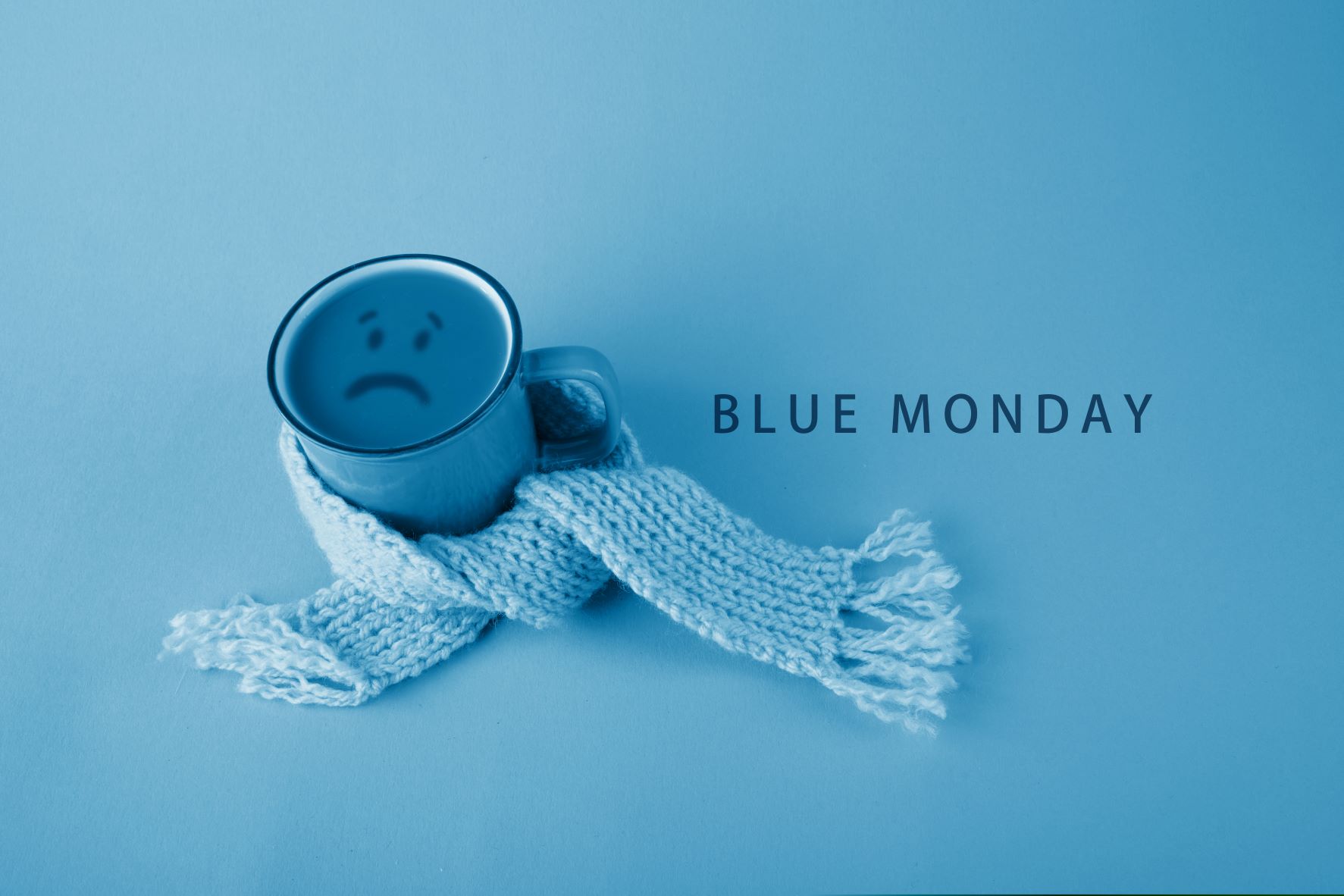 The 3rd Monday in January is popularly known as Blue Monday, thought by many to be the most depressing day of the year. But is it, really? In fact, the ‘Blue Monday’ label first appeared in a 2005 press release from Sky Travel, a holiday travel company, which claimed to have calculated the date using an ‘equation’, all to convince you to book a holiday.

The equation uses many factors, including weather, debt level, time since Christmas, time since new year’s resolutions have been broken, etc. It was developed by Cliff Arnall, a tutor at Cardiff University (the University quickly distanced itself from him), and Arnall now campaigns against the concept, arguing that it was “never his intention to make the day sound negative”.

In short, it’s entirely commercial, and we should be very wary of jumping on this as a marketing theme, forgetting that mental illness is extremely common and can be truly devastating.

On a happier note, Arnall was also commissioned by Wall’s ice cream to calculate the happiest day of the year, which typically falls between June 21st – 24th. 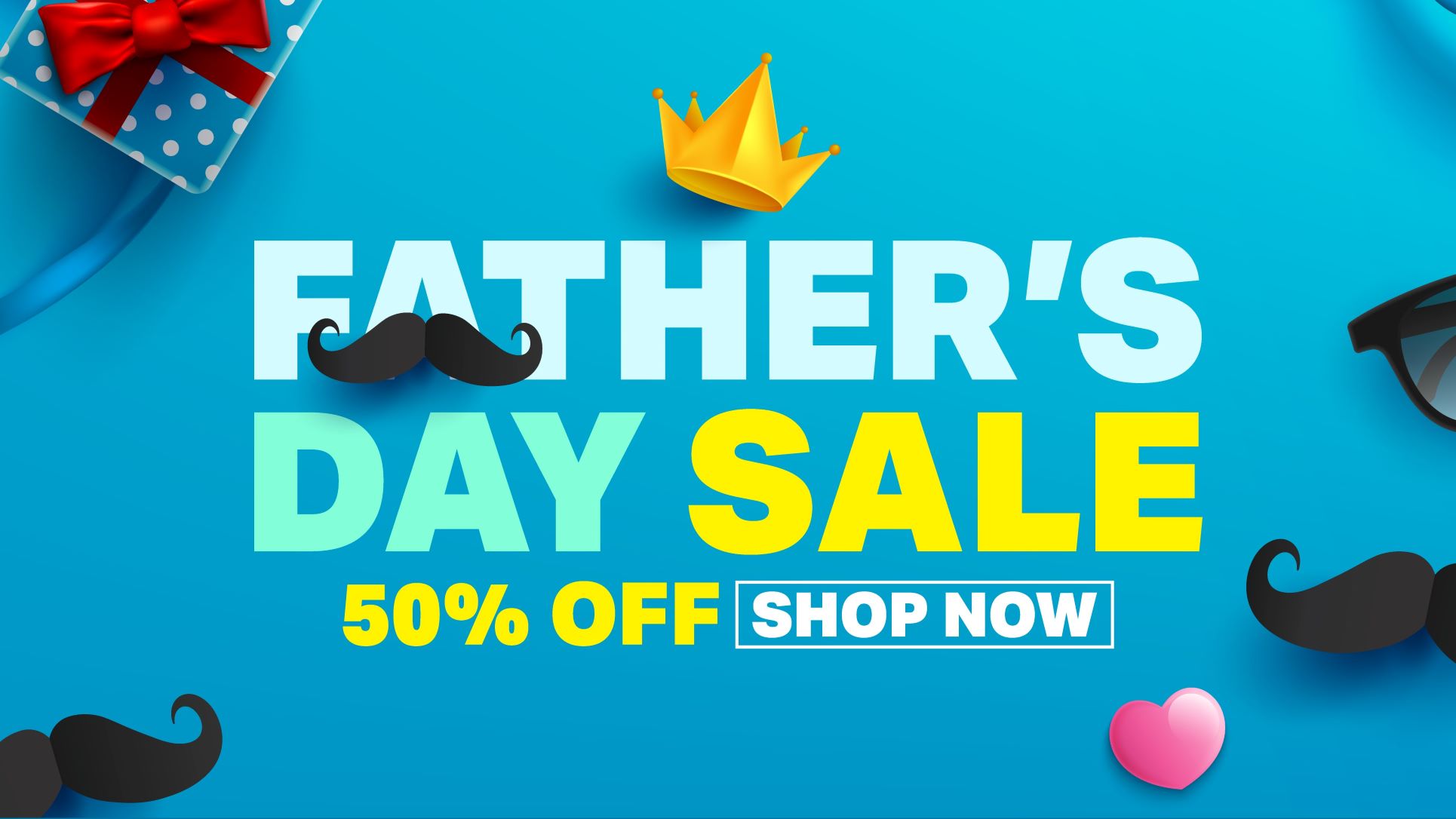 Father’s Day was invented as an annual event in the US as a way to sell menswear during the Depression.

Recognising what Mother’s Day had done for florists, in 1936 a Father’s Day Committee was formed by the New York Associated Menswear Retailers, aiming to convince everyone to honour their father with annual gifts of neckties and shirts. It caught on, spread worldwide, and became an annual event providing dads with an endless supply of handkerchiefs and socks. 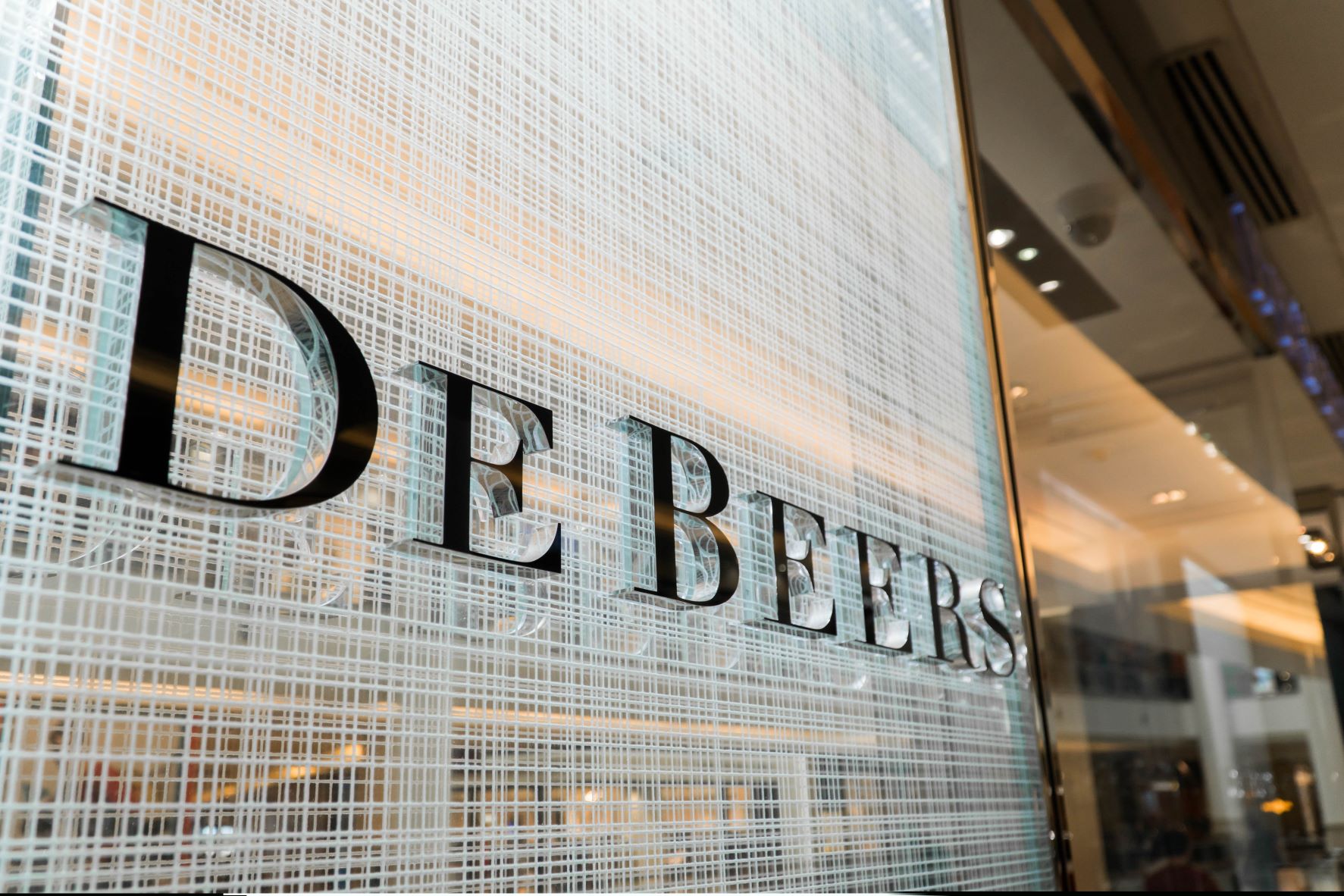 Whilst the tradition of offering a promise ring to your intended goes all the way back to ancient Rome (where the ring indicated that a woman was now owned by her future husband), the diamond engagement ring is a purely commercial invention.

It began in the 1870s when the De Beers diamond company purchased massive diamond mines in South Africa, potentially flooding world markets with diamonds. De Beers recognised that they needed to create an impression of scarcity and value to buoy prices and ensure demand.

In 1938, Harry Oppenheimer, the De Beers founder’s son, recruited New York ad agency N.W. Ayer to transform the image of diamonds, by associating them with romance and success. Soon, the practice of giving diamond engagement rings became the expected practice amongst young couples, reinforced by the slogan that De Beers has used ever since: “A Diamond Is Forever.” 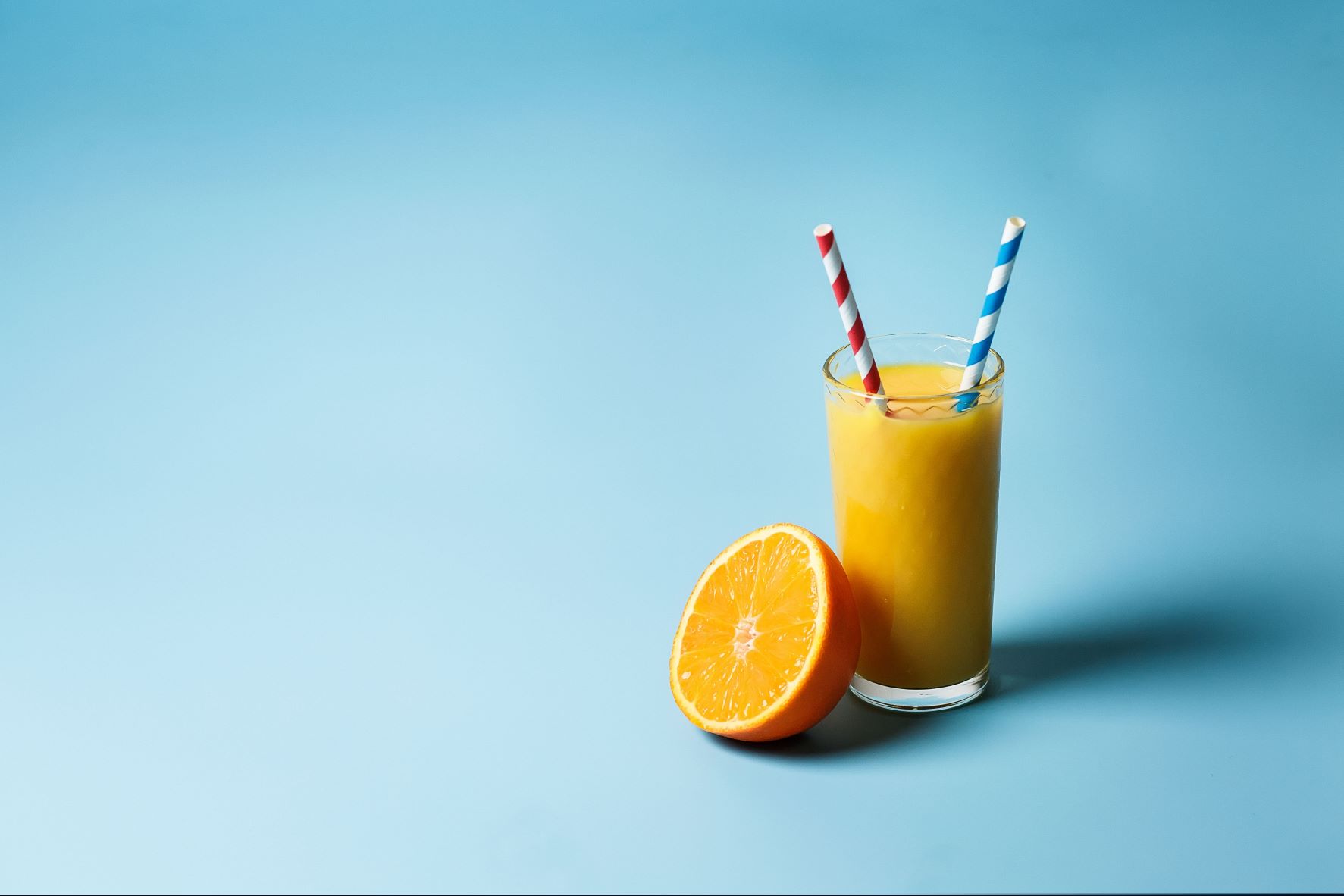 Orange juice for breakfast…and believe it or not, orange juice itself is the result of an advertising campaign. There was literally no such thing as orange juice until the early 1900s, when Chicago adman Albert Lasker (often referred to as the ‘father of modern advertising’), wanted to sell more oranges for Sunkist.

The citrus industry was in a slump, and California growers were producing so many oranges that they were cutting down trees in order to limit supply. Lasker figured out a clever way to increase consumption – instead of eating just one, you needed two or three oranges for a glass of juice, so he invented an orange juice extractor and also created the “Drink an orange” campaign to give consumers a daily occasion to consume it.

Also interesting – Lasker devised a copywriting technique that appealed directly to the psychology of the consumer. Women seldom smoked cigarettes, so he told them if they smoked Lucky Strikes they could stay slender. He also revolutionised the use of radio for advertising and is even credited as the creator of the soap opera genre. 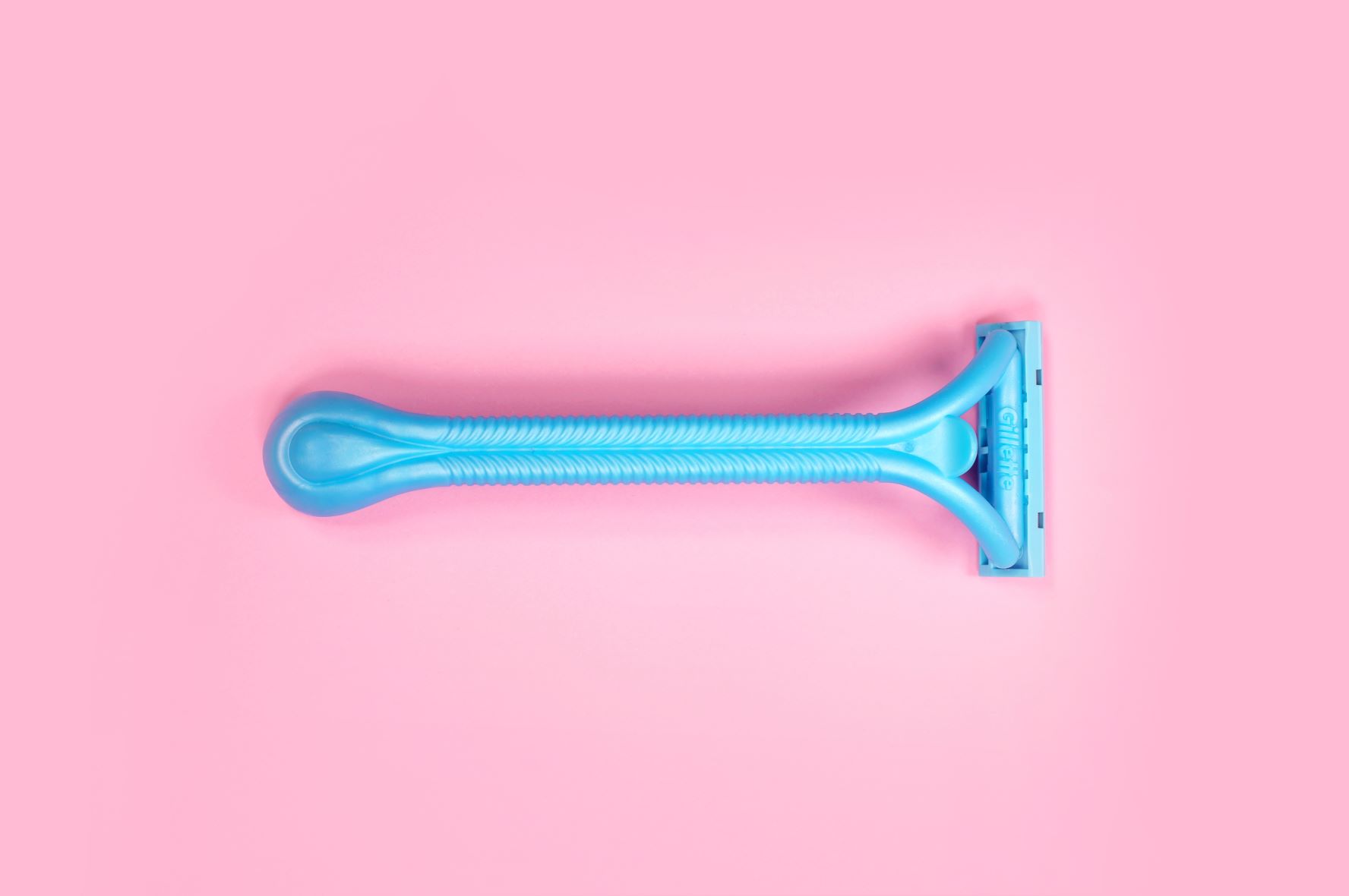 There was a time when women shaving their armpits just wasn’t a thing. That’s until Gillette told them they should.

In 1915, sleeveless dresses were coming into fashion in the US. With their underarms now exposed, Gillette spotted a huge marketing opportunity and so launched an advertising campaign in Harper’s Bazaar to convince women that their underarm hair was both unhygienic and unfashionable.

Gillette introduced the first ‘women’s razor’, the Milady Decolletee, a “dainty little Gillette used by the well-groomed woman to keep the underarm white and smooth”, and an entire industry of personal shaving products aimed at women was born. 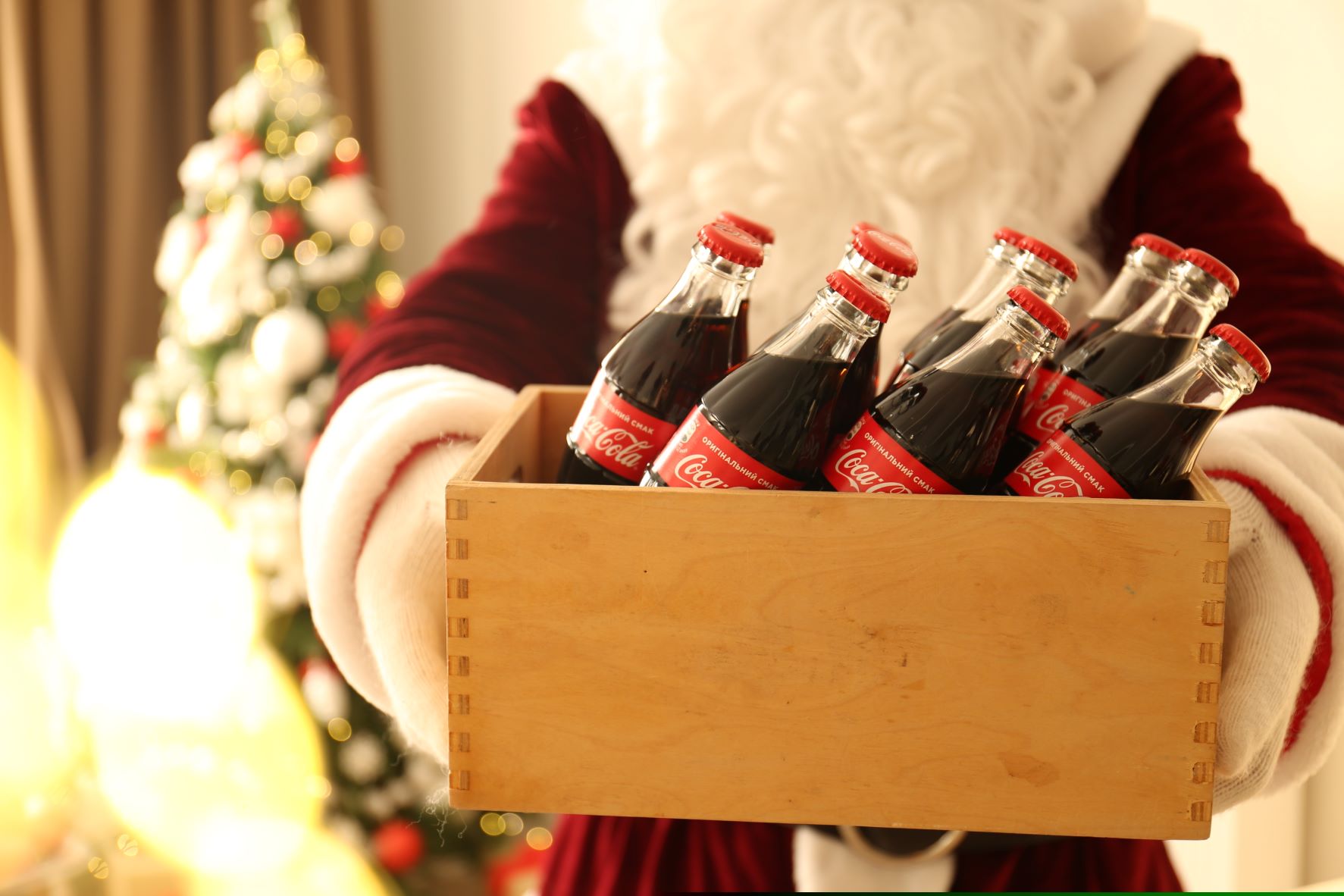 Until the 1950s, everyone had a different image of what Santa looked like. He was depicted as everything from a strict bishop, to a gaunt and spooky-looking elf.

Santa, as the big jolly man in the red suit with a white beard that we know today, was born in a 1931 Coca-Cola ad campaign created by the D’Arcy Advertising Agency. In an attempt to create a more wholesome Santa, the agency commissioned illustrator Haddon Sundblom to reimagine Santa Claus. His illustration was inspired by Clement Clark Moore’s 1822 poem ‘Twas the Night Before Christmas”, which described St. Nick as pleasantly plump and wearing a red coat (the fact that Coca-Cola is red is pure coincidence). Sundblom also used a friend of his, a retired salesman, as a live model.

Over 90 years later and we still all picture Santa as the guy in those 1931 Coca-Cola ads. 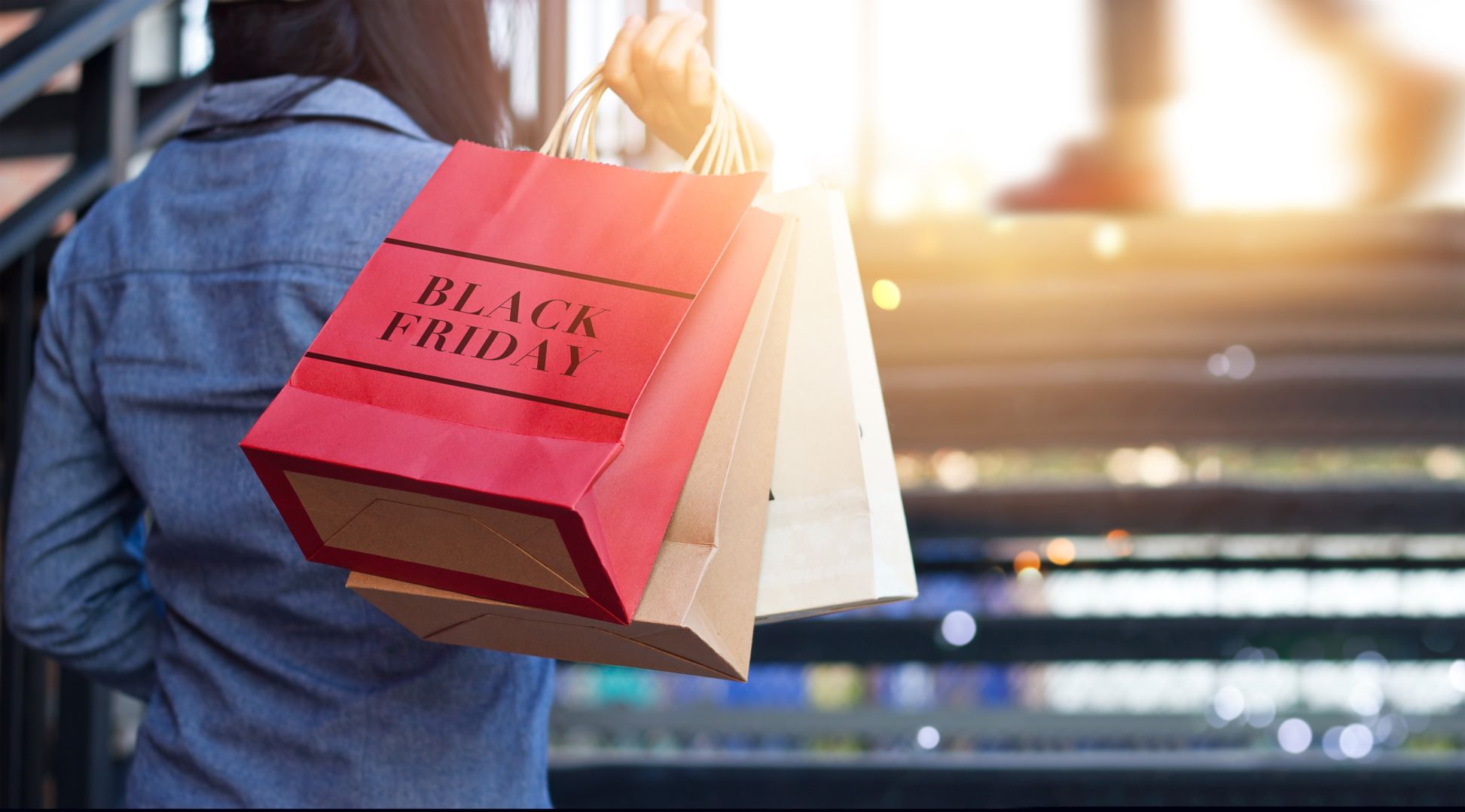 This is arguably one of the most impressive cases of repositioning that ever existed.

Black Friday (and now Cyber Monday), when retailers offer crazy discounts, traditionally kicks off on the Friday following Thanksgiving. Started in the US, this is now a thing in about 100 countries around the world.

The tradition began in 1950s Philadelphia, when huge crowds would flood the city that day for the upcoming Army-Navy football game, making it easy for shoplifters to steal from businesses, and leading the city’s police to refer to the day as “Black Friday”.

During the 1980s, retailers in the US began to turn this ‘label’ into an excuse to hold massive sales, and so the concept of Black Friday was completely reinvented, and quickly became an annual tradition. 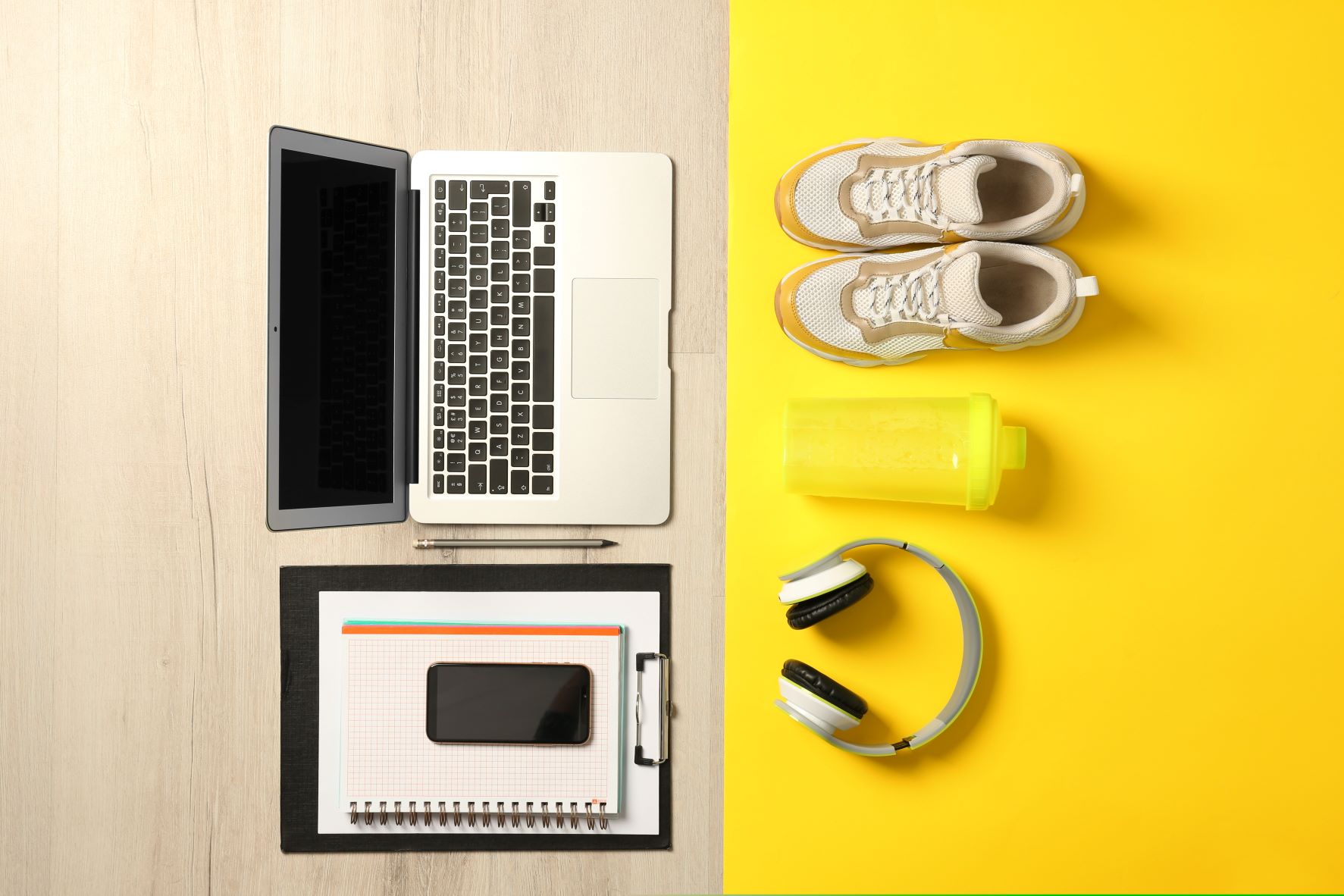 10 things I learnt when I went client-side 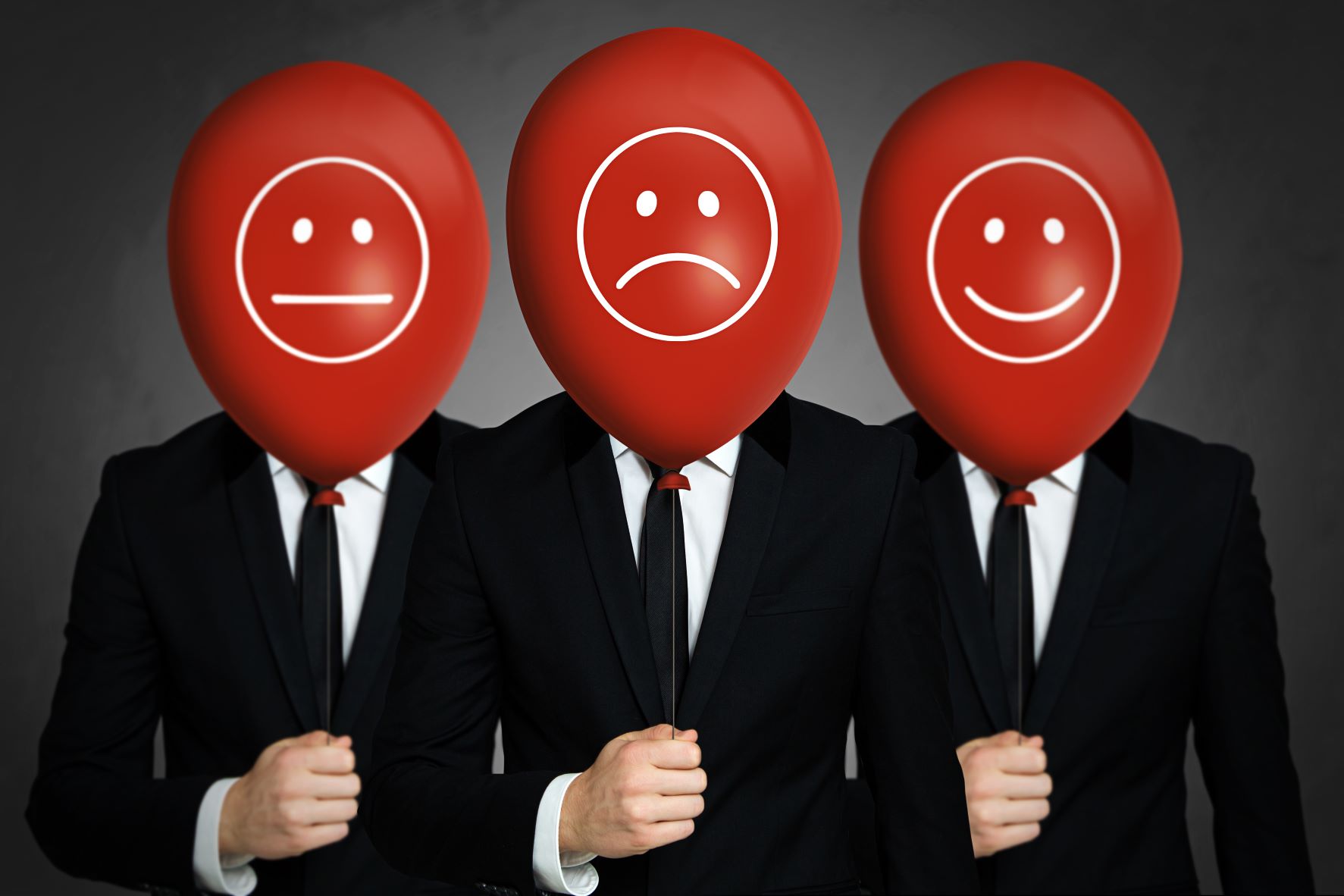 What is employee satisfaction and why is it important? 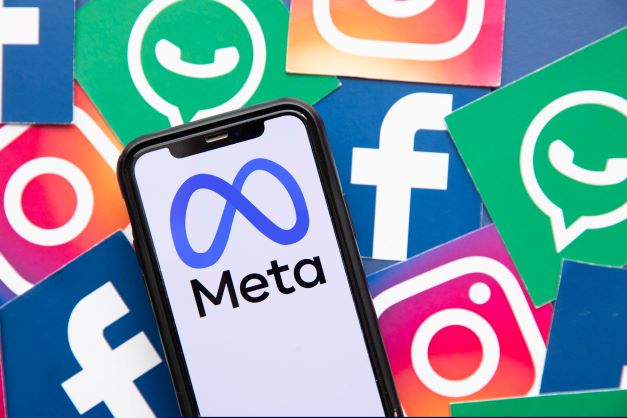