IT’S NOT ENOUGH TO MAKE DRINKS.
WE NEED TO MAKE A DIFFERENCE.

In a saturated landscape of CSR commitments and intense media scrutiny, everybody is looking for major corporations to do more. To win back the trust of consumers, take responsibility and show real progress, The Coca-Cola Company needed to THINK MAVERICK.

We created something with more potential than a campaign, with no end date, and no set amount of commitments or projects. We created a mindset. One that would drive real progress, both inside and outside of the business.

Never Settle is The Coca-Cola Company’s ‘Just do it’. A powerful expression of what they stand for. An impatience to do more, do well and do good for the planet and people on it.

This core thought connects a global point of view with multiple local projects on the ground which shows the action behind the big ideas. With their focus in three areas, The Coca-Cola Company can have the most positive impact – Water, Waste and People.

To show the seriousness of these intentions, we needed a puncture moment to epitomise this new spirit and shake current brand perception bringing to life a brutally honest admission: ‘It’s not enough to make drinks. We need to make a difference’.

Across a series of films, social posts, PR and out of home activity, we created a pool of content representing projects that exemplify this spirit. And this is just the start.

Today, Never Settle is the official CSR message platform for The Coca-Cola Company, adopted globally after initial European success. But when you Never Settle, there’s always more to do. 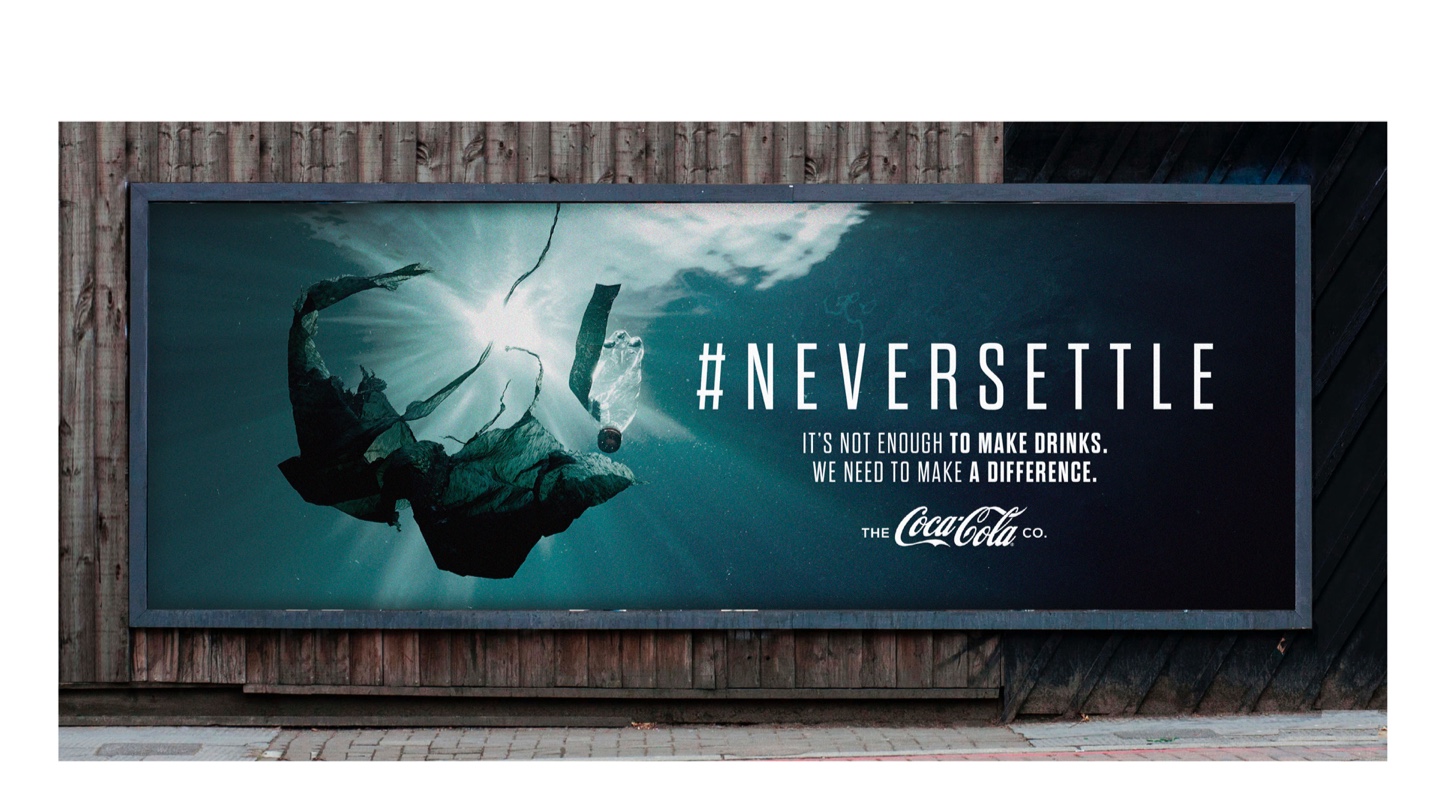